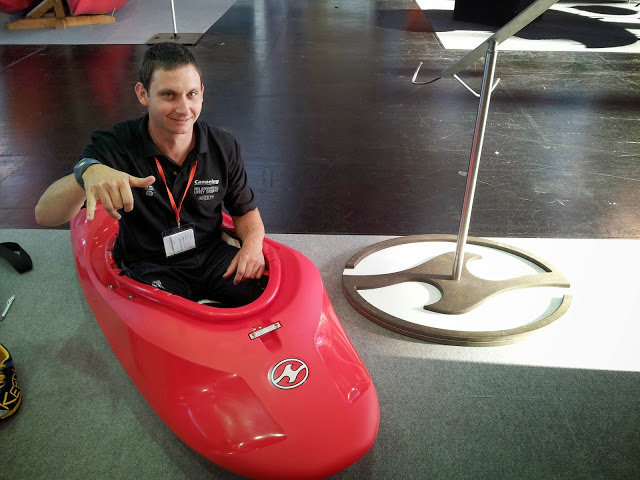 
Once again the circus roles into town, from hype machine to secret designs this years PaddleExpo was no different. A new hall and a condensed show continued to bring new product to retailers across Europe.

On first glance the show looks smaller with less big names than previous years, but step inside and you’ll. Find all the big Brand names are about,

My show started with a Palm mega meeting looking through what’s happening for 2014 after last years huge push on new products we wer’nt sure what to expect.

With a huge emphasis currently on updating and improving we were excited to see updated colours and styles across the range, with some really exciting developments in the kids department.

First off the amp and extreme vest have had some nice colour updates to smarten things up along with the Fx which is now coming in a sherbet colour to match up with the Fuse jacket.

A new piece for this season is the FXR which is essentially an Fx with a facelift and rescue harness to create a low cut, high buoyancy (70n+) pfd. This is a piece to come up against. The Zen from Nrs with an attractive array of colours this will work for both the freestyle superstar as well as the ultimate river rescuers. Ultimately this will replace the existing Axis pfd which has served many people really well over the past decade.

Other new product would include the updated team jacket now the Atlas along with the tempo two pieces which allow you straight from the mountain to the boat whether biking, riding, or hiking these pieces can go anywhere.

A really exciting piece for next year is the new women’s Lofoten drysuit to complete palms range of drysuits its a women’s specific touring and sea kayaking suit complete with drop seat. A women’s Aleution something which has been missing from the line up.

For those junior whitewater warriors we have the new Rocket jacket which is a semi dry (neo neck latex wrist) cag built specifically in junior sizes to keep them warm and dry all year round, this combined with the electron junior longjohn and some junior rock boots will keep them charging whatever the weather.

Over at Sweet Hq weve a couple of new colours plus the arrival of the much anticipated Intergalactic drysuit with a space station sized price point in GoreTex its a thing of beauty,

Boat wise we’ve all seen the hype with new freestyle boats released in the lead up to the 2013 worlds. With the jitsu available in all sizes and the jed working well its passports turn with the new Mobius with a huge fan base who have been through through the Ezs, and onto the project line ups this is a boat for you. Definitely a boat to rival the Jackson superiority.

Another big talking point of the show is the new Burn or the Burn 3 its one of the most anticipated river boats we’ve seen in a while. With extra length and longer rails we’ve a faster more creeky design. After another year of development Pyranha now have a new seating system to compete with daggers popular ergo seat.

The new Pyranha seat to many looks and feels like a traditional bombproof seat which has served pyranha through its connect era extremely well. For the new boats we have a new system this time allowing for the seat to be raised and lowered either front and back or as a complete seat pan this is a great feature for you little guys who want to paddle bigger boats or in the jed wanting to get up nice and high. A couple of simple screws then drop in the foam under the seat pan and you’ve lifted your self quick and simple. Another new feature is the seat adjustment front and back has now changed to a plate with teeth and wheelnuts so no more having to remove the bolts to get your seat moving, this now offers plenty of adjustment to get your perfect ride.

Not letting an old workhorse die the 2010 burn is to have its rails soffened slightly and drop in spec and price to become the B2 a boat to rival the popular MX series.

Over in the Dagger booth we have their new cross over (yes another crossover boat) the Katana at first glance it resembles a mamba but stretched and now hatched skegged and decklined, asthetically a really nice looking boat in two sizes 9.7 and 10.4 and in both action and whitewater specs.

As we get longer still the new skudder system some say its powered by fairy dust others believe its a little fella in the back hatch but what we do know is it takes a tidy sytem to a new level. With no dirty overstern rudder to snag or take up deckspace the Skudder drops out of the skeg box like a normal skeg but then reacts like a rudder controlled by toe pilot system on the pedels. So no longer does your tail catch in the wind this system is always their when you need it.

This is going to be on the new Jura touring boat at 16ft its probably going to drop nicely in as a modern alternative to the british classic of the Capella. Some smooth lines its hard to see how this wont work another really nice boat by Venture.

With all the hype of recent years of composite playboats I can report their is only one here from an italian manufacturer The Spot from RCS Canoes otherwise its all plastic. But step out into the world of touring and its all on show glass, carbon some very beautiful boats even the epic V14 ski is here to make an appearance.

On the paddle front we have some new blade colours frim Werner as well as the new range if AT paddles, I cant wait to get out and try some of the new AT collection with the Hercules carbon ergo shaft really taking my eye, this will also be available as a glass and carbon straight shaft option. Around the hall I had an opportunity to look at some of the Streamlyte blades, something I havent used for a few years but with a new split blade on the way and some well priced glass options we might be stocking a few extra designs in the future, but dont worry, for any competitive paddlers im hoping to pick up both the Glide wing (braca iv shape) and the Nomad slalom blade to compliment the polo kinetics.

Another cool product I found before I left was a all set dive sit on top, complete with sliding tank holder, anchor, alpha flag and clear hatch to take a peek below. I reackon one of these in the aquatic centre would go down a treat 🙂

As paddler this show is like being a big kid in a sweet shop wanting to touch and try everything but as a retailer we have to be realistic we are trying to bring the best range of products back to your local stores. We need feedback from time to time tell us what you like and what you dont, if we are missing something let us know. Ive been with The Great Outdoors now a year and have mostly enjoyed the challenge, We once again have a functioning store supplying you with what you need. 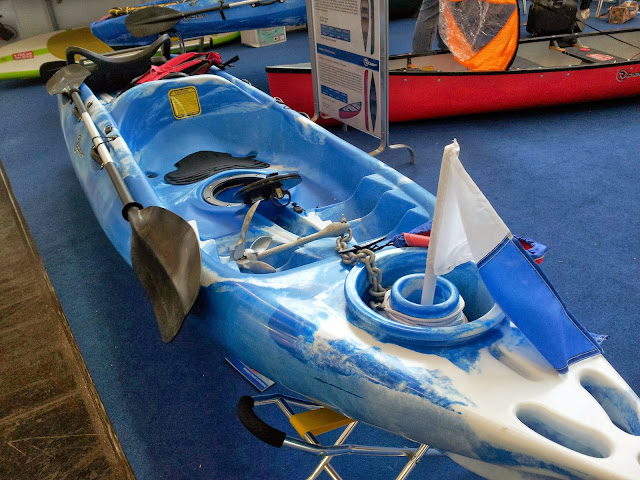 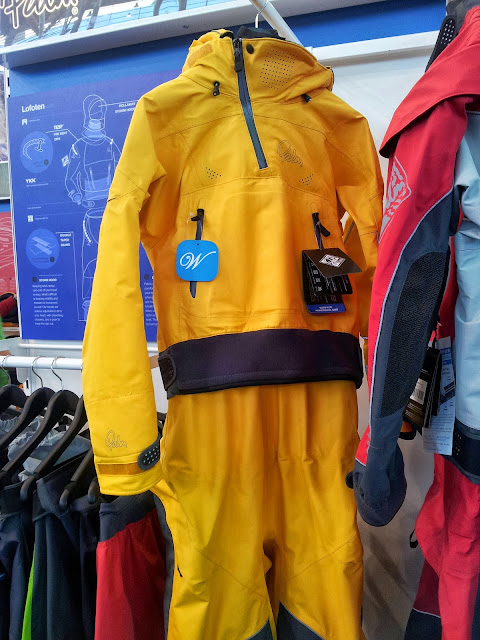 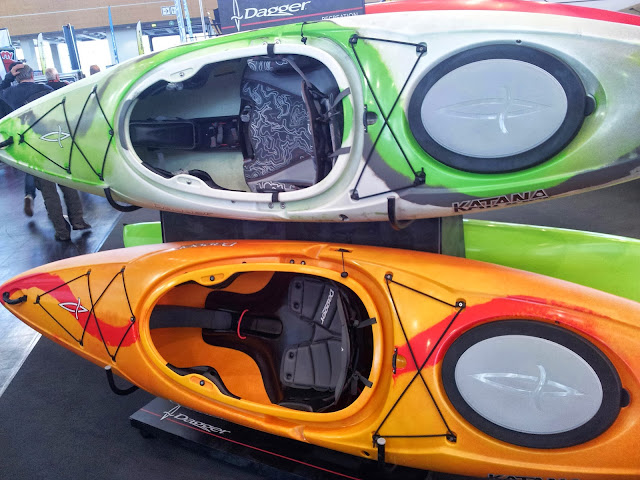 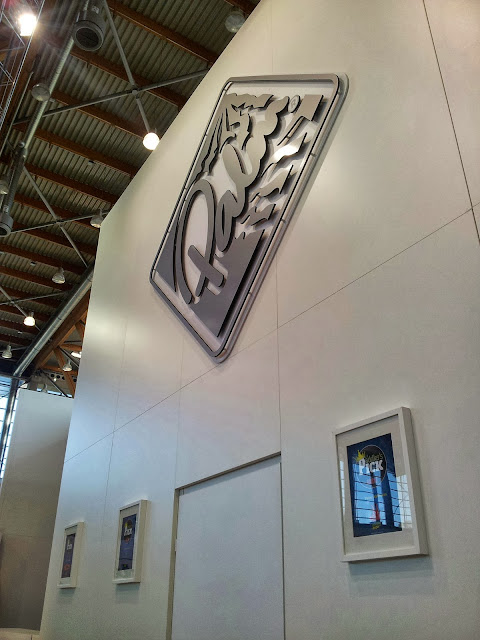 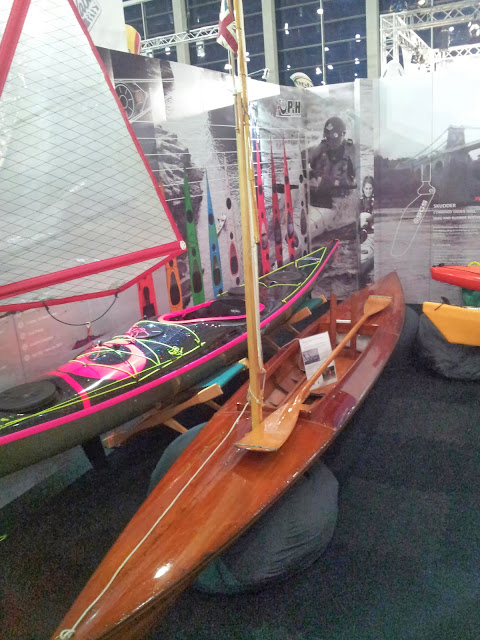 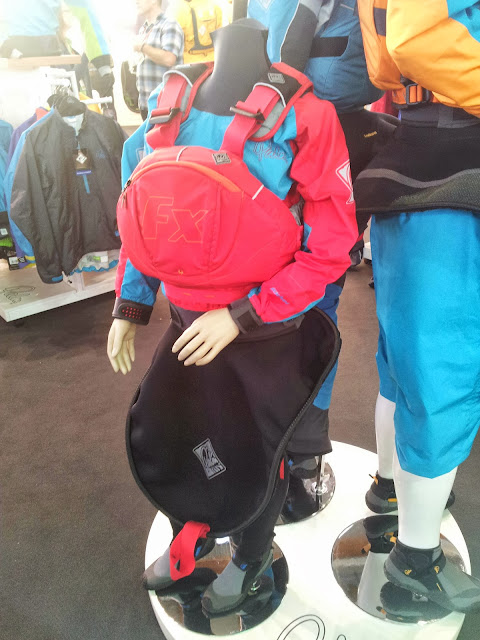 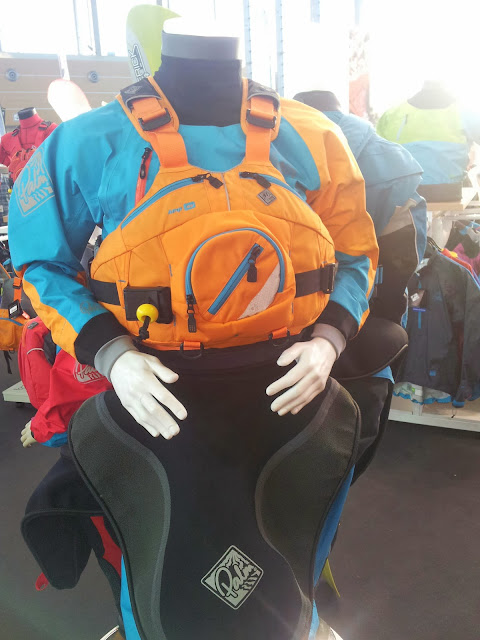 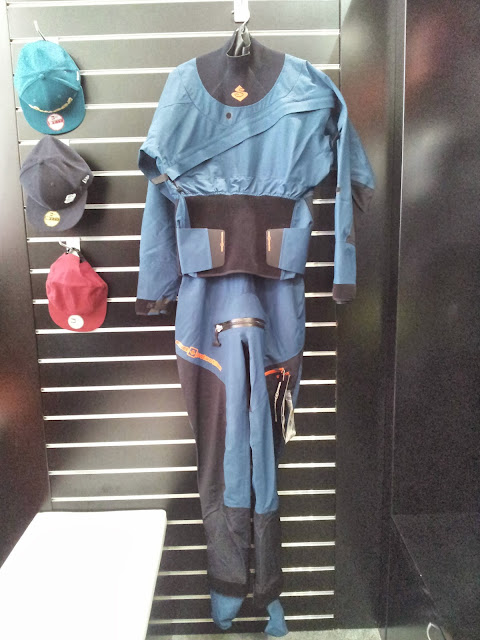 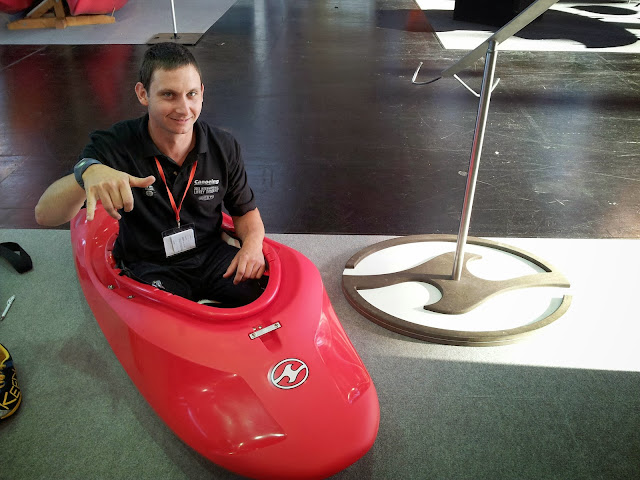 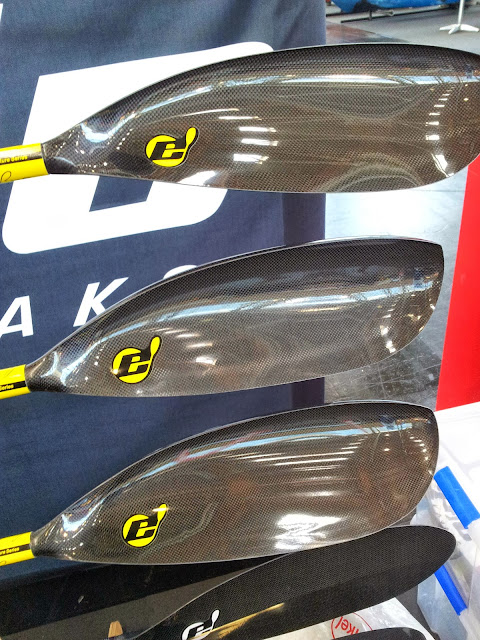 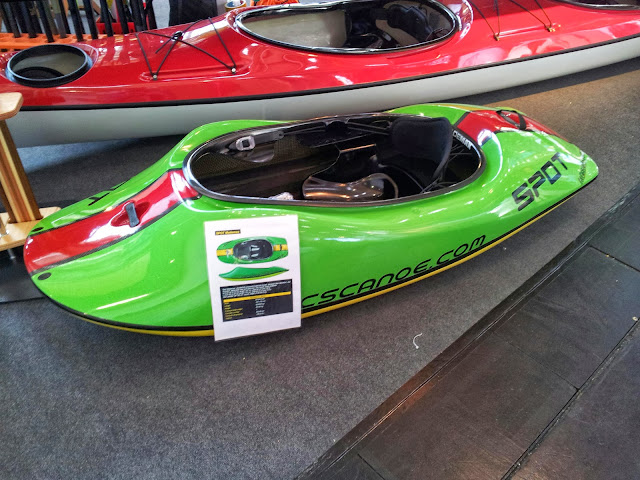 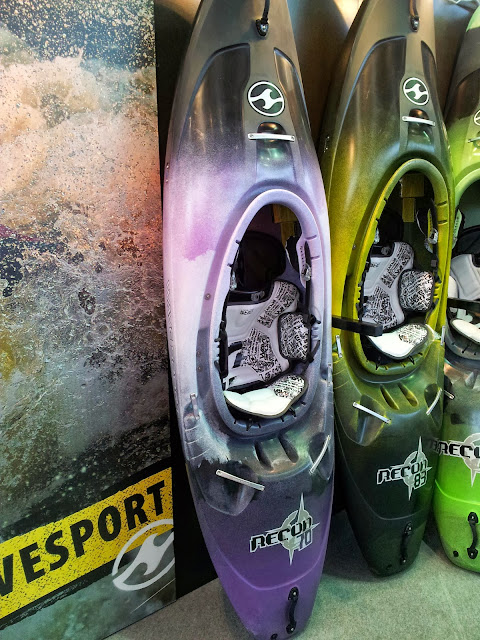 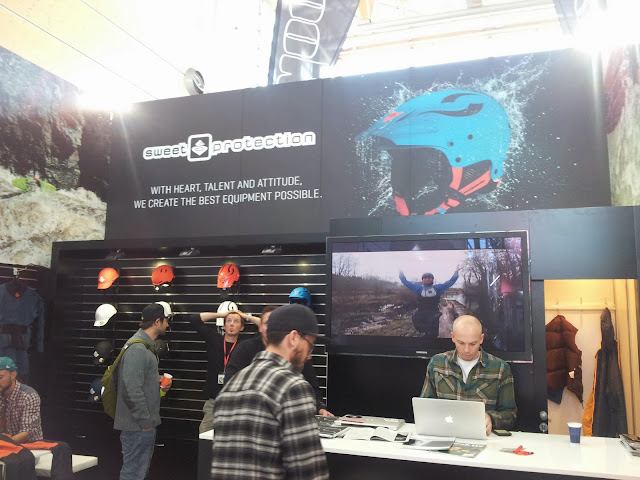 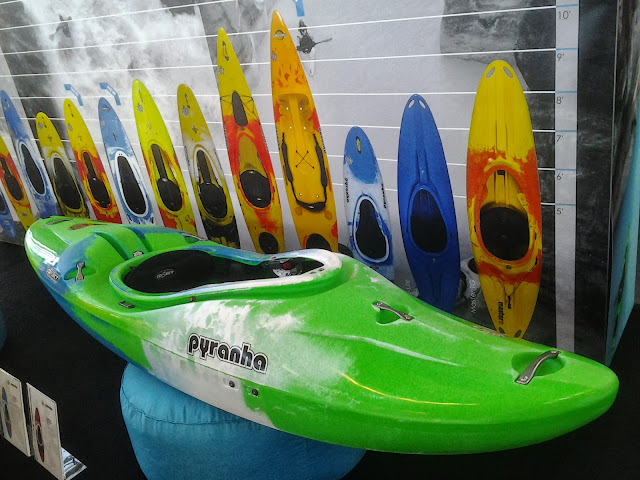 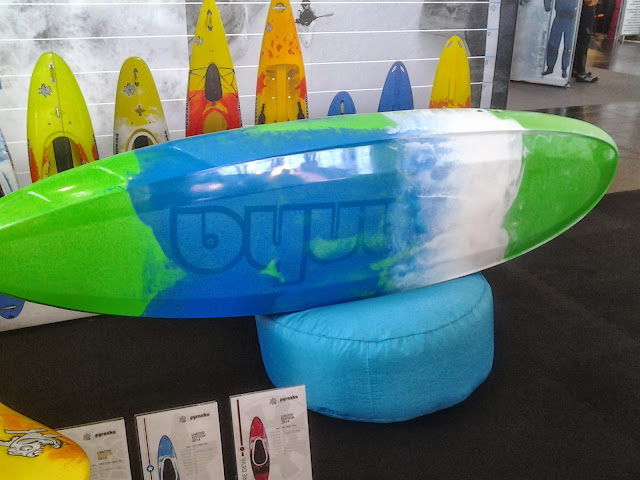 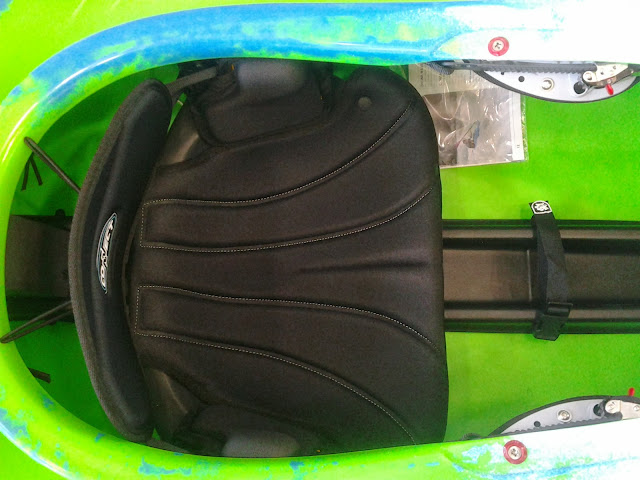 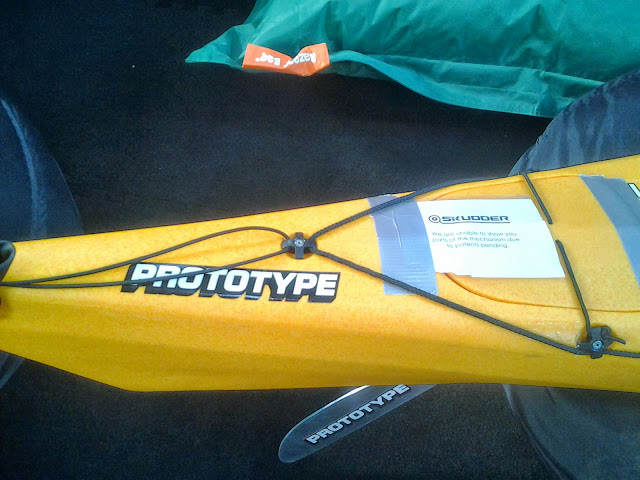 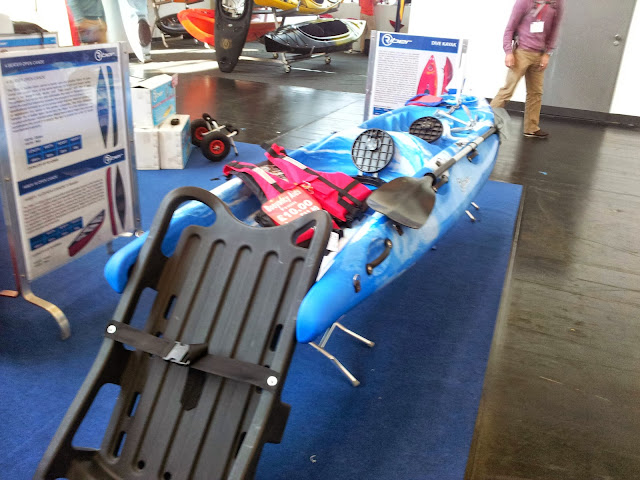 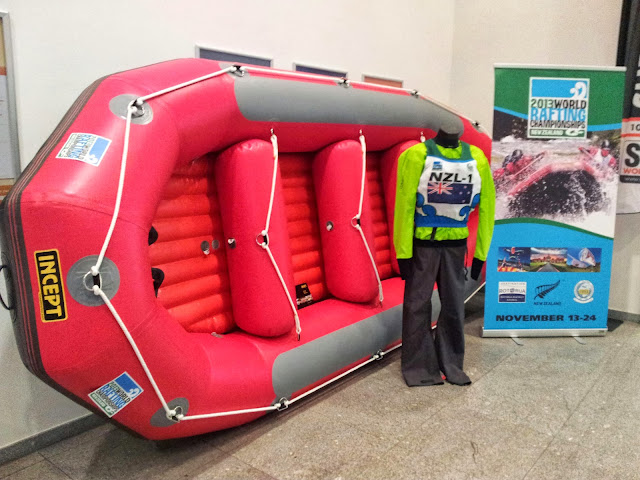 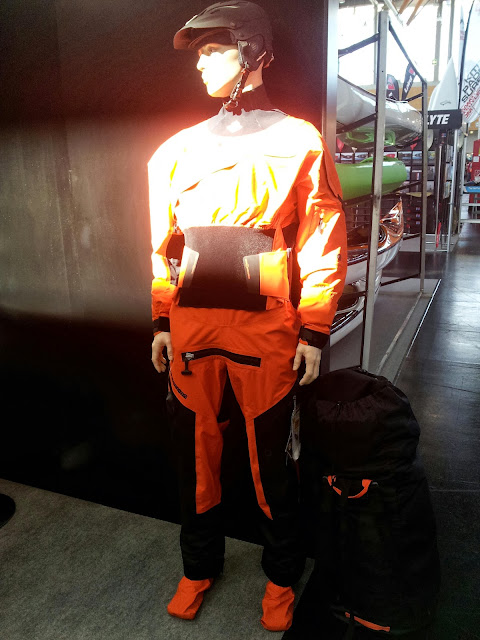 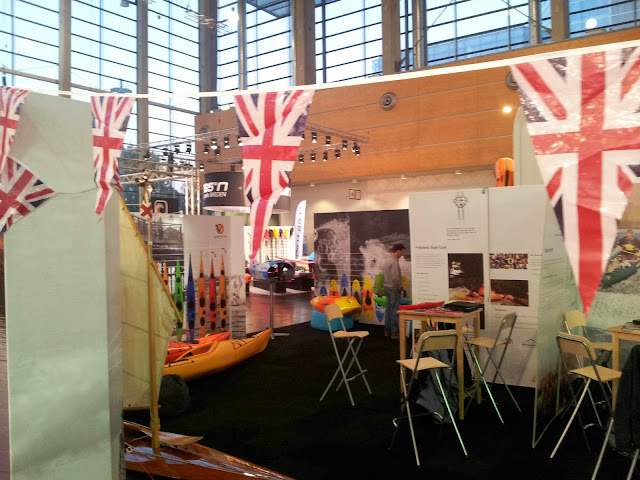 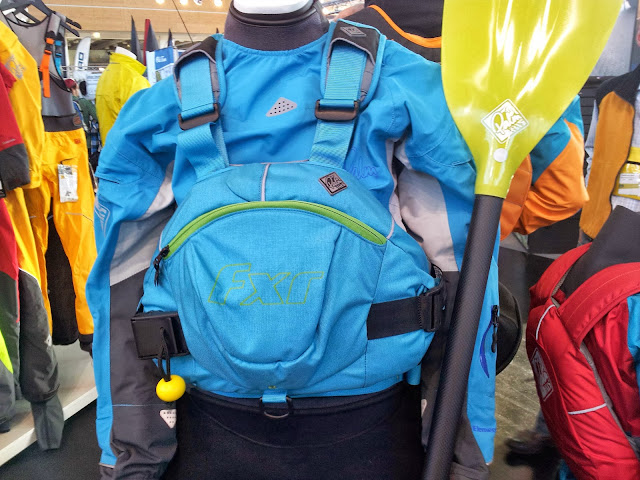