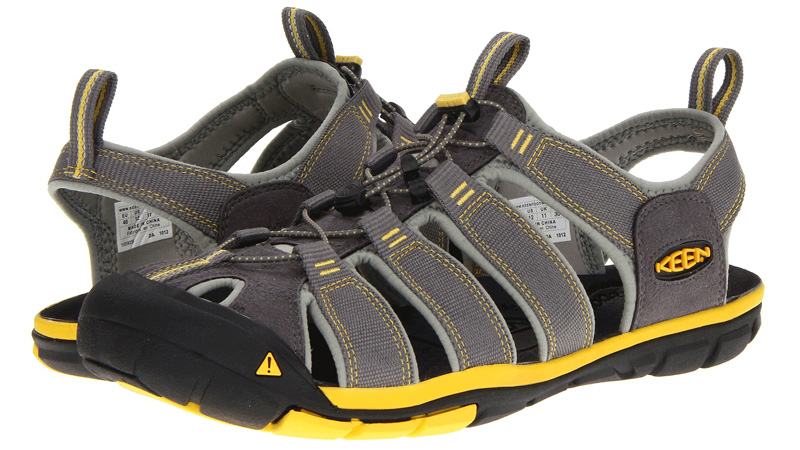 Ive been lucky to have worked with Keen Footwear for a while now, this has put me in the position to be provided with some great looking footwear for use both on and off the water. 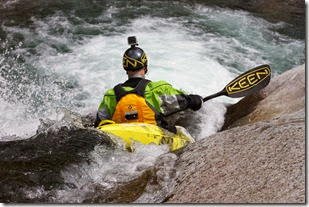 Over the years ive had some great shoes my favourites have to be my A86s, a functional trainer which looks amazing.
As always there are styles I wouldn’t pick. Unfortunately I was never a huge fan of the Newport, this is Keens flagship sandal and been the market leader for sometime.

So what happened I was traveling to a Europeans in 2012 when my new styles hadn’t arrived in time to pack I was left taking the Newports. 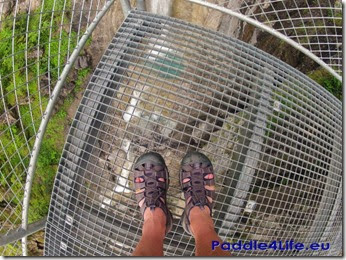 After a week of paddling and using them I had changed my mind these were amazing, the support and protection of a shoe without the bulk or the smell.
I was sold, my only issue having big feet I felt the footbed was wide and I kept kicking myself.

Later that year I recieved my new clearwater CNX as I had grown to love the Newport I decided I would give these a real test both on and off the water to see how they faired,

Almost 2 years later and they are a permanent fixture when travelling. I even have the tanlines to prove it, 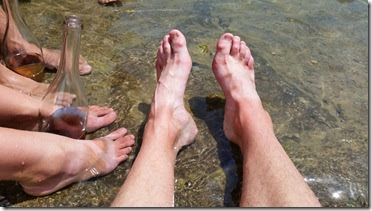 Whats so special you ask???

The Clearwaters now have the CNX sole a lighter more compact sole so its not so deep or as wide which solves my bulk problem of kicking myself, this also means they now fits into most boats I paddle and dries quickly afterwards, so whether its a quick paddle in the sea or climbing across a river, the sole offers the support and the grip to cope with the most tricky spots even when wet. When flexing the sole you notice the hidden effect to offer grip whilst stepping just when you need it,
Ive used these across most of Europe whether in the riverboat creeking in the sun or in the sea kayak swimming about, the Clearwater is no compromise. I took these to Croatia in 2013 where I would spend the day as a tourist before deciding it was too hot and hopping into the Adriatic for a swim before continuing my sightseeing, Croatia’s harsh environment of rocks and sea really proved how good the Clearwaters were, never once failing or slipping. 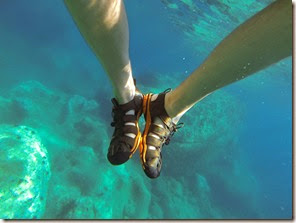 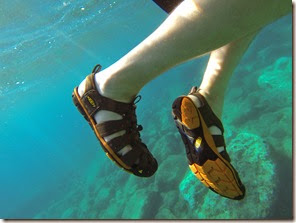 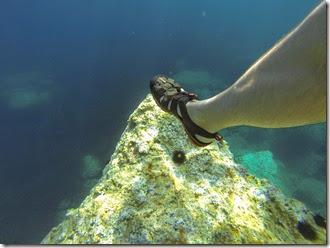 More recently I travelled to King of the alps in Italy at one point I was climbing about the river with banners, most river shoes would find the polished granite of the river extremely challenging and sometimes impossible yet my sandals were safe and secure. Later in the week as we drove over into Austria we found ourselves having a snowball fight. This time I was running about the snow except for the cold I had grip and could move without fear. 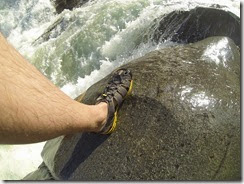 Its an amazing feeling to have support and confidence in your footwear without the fear of slipping or falling is just great.
I highly recommend the Clearwaters as a sandal for both men and women which offers stability and support from the footbed combined with the soft powerful strapped upper to keep them on your feet without rubbing or chaffing, and then the solid grippy CNX sole to keep you right where you want to be
As always the colours just get better and better each year, certainly my favourite sandal without exception.
Thanks to Keen Footwear for supporting me and providing me with stylish secure footwear for all of my adventures.

Keen Footwear is also available to buy at